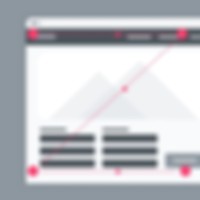 What is visual hierarchy?

Commonly referred to as hierarchy in the Principles of Design, visual hierarchy is a way to visually rank your design elements. It’s based on the order of visual importance, rather than aesthetics or design styles. A good design leads the eye through each area in a specific order that influences how objects are perceived by using contrast, balance, emphasis, and/or scale within the objects in a design. A good rule of thumb is that your most important elements should be the most prominent.

Why does visual hierarchy matter?

At a glance, visual hierarchy ranks your objects. Without an obvious hierarchy, a user’s eye will follow a predictable path that could easily skip over the most important objects. These predictable paths are influenced culturally; while all cultures read from top to bottom, some read from left to right and some read right to left.

The western world reads from left to right, top to bottom. This creates two common paths: one that’s Z-shaped and one that’s F-shaped. As a designer, you have the ability to optimize your designs for these reading patterns, creating an effective visual hierarchy that leads your users exactly where you want them to go. If you don’t acknowledge these common patterns, it’s harder to gain—and retain—your user’s attention. 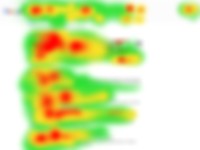 Identified by the Nielsen Norman Group in 2006, the F-shaped pattern is most common for information-dense web content. Sometimes it manifests itself in heat mapping as either an F or an E, but the F “brand” has caught on. Generally, users read in a horizontal direction, usually across the top of the content, which forms the top bar of the F. Then they move down the page vertically, then horizontally again, creating the second bar of the F. They continue scanning vertically down, forming the last part of the F.

What’s important about the F pattern?

When you’re aware of this bias, you can make sure that the most important information is bold and aligned to the left side of your design, grabbing your users’ attention. Also, the first lines of text often get more cursory glances than elements on the right side of the page. This means that copy and important information like CTAs could have a better opportunity of being read or acted on if there’s a compelling lead-in on the left that drives them to the right.

Why do users browse content in an F pattern?

When users first look at the content on your website, they’re not sure if they want to commit to reading every word. So they’ll skim or browse it. As explained by the Nielsen Norman Group:

“People scan in an F-shape when all of these three elements are present:

By leveraging your users’ natural F-pattern reading tendencies, you can create an effective hierarchy and design. 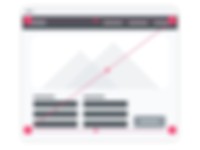 In websites with less-dense content—think product pages, check-out pages, a homepage, etc.—a Z pattern is more common. A user’s eye will travel across the top of the page, then diagonally back to the opposite side of the screen and horizontally across again. To draw a user in, web designs are commonly constructed with navigation across the top, the headline on the left, and a CTA mid-page.

Why do users browse in a Z pattern?

Similar to the F-shaped pattern, users are scanning the content before they commit to reading it fully. The reason for the difference between the two is determined by the content, not by the user. The main reasons for a Z pattern instead of an F pattern are that:

Designing for the Z-shaped pattern is extremely effective, which is why it’s more or less turned into a best practice.

In addition to leveraging common browsing patterns, you can create a strong visual hierarchy with your elements. The below pairings are particularly effective, but any combination can be used to create a cohesive design.

Scale is the sizing of elements or a standard of measurement. It can be used with other design principles, like emphasis, to draw the viewer into a focal point. If something is drawn to scale, it shows an object with accurate sizing (though it could be reduced or enlarged from its actual size). You can depict objects as larger than life, or bring it down to fit on a piece of paper. 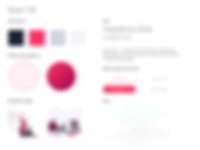 Even though visual hierarchy is more about prioritizing content instead of aesthetics, adding texture or design style to your work can influence hierarchy.

Like size or scale, texture and style can help draw the user’s attention to certain parts of the design. Textures create depth and interesting shapes, but can quickly become too much—so tread lightly. An over-textured design can be distracting and make it taxing to read and understand.

Style, or the aesthetic of your design, can help enforce your theme and engage users. Style can include everything from the typography and colors to spacing. Some popular styles are flat, organic, minimal, skeuomorphic, retro, or illustrated. A good way to make your content even more effective is by matching the style of your design to the content. For example, if the content is for a retro-themed event, you could use a retro style to connect your content and design. 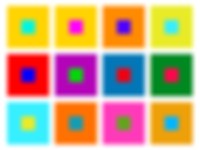 The difference between two or more objects in a design is referred to as contrast. The difference in objects could be light and dark, thin and thick, small and large, bright and dull, colorful and black-and-white; the list is endless. With the use of bold or contrasting colors, you can create a design where your elements stand out. A great example is a bright purple button on a white-grey background: You’re using color and contrast to make that element the most noticeable one on the page. 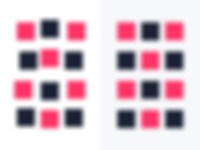 Objects in design carry weight just like in the physical world: It’s called visual weight. The alignment of an object in relation to other objects can change its weight. If the object is by itself or aligned to the left, that element will draw a user’s eye in; at first glance, the other objects will blend together.

The visual weight of a design needs to have balance. Balance can be implied by size, shape, or even contrast. While it can utilize symmetry or equality, balance can also be achieved through asymmetry. Think of asymmetry as the opposite of mirroring: Instead of seeing the reflection, you see something that evenly distributes the elements. 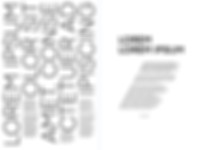 White space, or the proximity of elements, is also a great way to establish an effective hierarchy. If elements are given enough breathing room, it allows the user to read and digest them more easily. Large areas of space can also make objects appear more dramatic and feel more important. On the flip side, not enough white space can make elements harder to read and digest.

You want your user to have a smooth product experience, but creating effective hierarchy can be tough if your team isn’t on the same page.

InVision’s collaborative design platform empowers your team to work together to create an effective and immersive experience. Capture your product’s style with Freehand wireframes. Create animations and microinteractions in Studio to get a true-to-life interactive view of the screens your users will see. And rest easy knowing that Inspect ensures pixel-perfect handoffs from design to development.